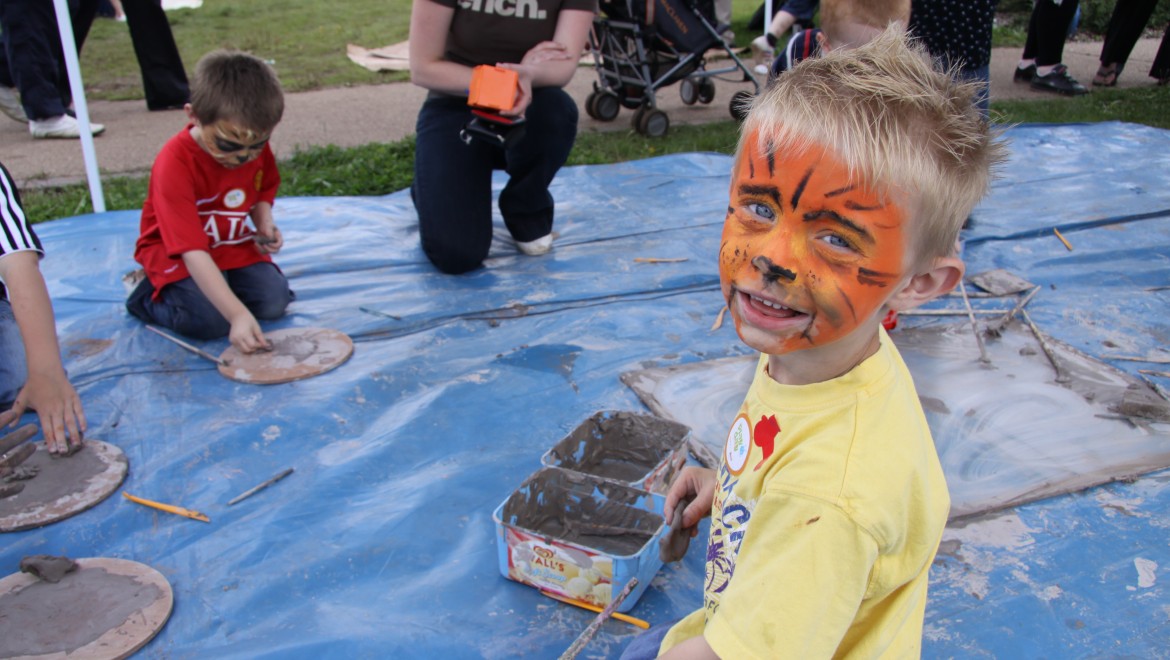 Get involved in the National Play day on the first Wednesday in August each year.

Worcester has welcomed many Play Days, celebrating the National Play day where thousands of local children, families and organisations have come together for a day to PLAY! Please contact Worcester Play Council to update on any Play Days you are hosting in Worcester City.

Play England has previously released research which shows that while many of parents’ fondest childhood memories are of playing with friends in the park or garden and going on adventures, the outdoor world seems to be out of reach for many of today’s children. 1 in 5 children have never played in fields and farmland and 1 in 6 have never played in woods and forests – this compares to nearly 60 per cent of adults who played there every week when they were children.

The research reveals that it is a myth that children prefer indoor based play activities such as computer games, with the majority actually preferring to play outside. Playing at a beach or river (88%), playing in a park (79%) riding a bike (77%) and playing ball games (76%) are overwhelmingly more popular with children than playing computer games. For parents, however, safety concerns mean that 1 in 4 would prefer their child to play on a computer than climb a tree, and 1 in 5 prefer computer-based play than allowing them to play out in fields or farmland.